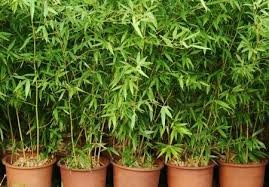 Bamboo is viewed by visionaries as the future of the material industry. We expect it will play a key role in guiding society toward a greener economy. This vision places an immediate and urgent responsibility on developers, researchers, and government institutions to redefine policies in favor of large plantation development. To serve the large demand for high volumes of bamboo resources, global hi-tech bamboo-based industries offer a great window of opportunity for futuristic big-thinkers who need a safe-haven to invest. Ghana Bamboo Bikes Initiative sees the future from today and has started its ambitious agro-ecological bamboo plantation development project in Kunso, the Brong Ahafo region of Ghana, covering an expanse of nearly 200 hectares of land. 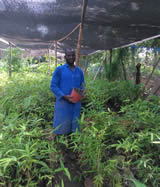 The rich resource base is partly intended to contribute to restore the degradation, deforestation, and biodiversity loss that runs rampant in the Brong Ahafo region. This also provides feedstock to emerging hi-tech projects planned for execution in the foreseeable future and serves the agricultural needs of the indigenous as an archetypical demonstration of sustainable land management. If our estimations are correct, more than 1500 youths (both men and women) will be absorbed by the busy projects (bio-energy & electricity, solar-powered bikes, furniture and artifacts) that are based around the to-be-harvested resources from the bamboo eco-forest.

Our innovative bend and quest for product optimization has led us to collaborate with partners at Santa Clara University to upgrade the architecture of our super-crafted bikes by integrating solar systems. The end-product is intended to serve a larger African population and others in tropical countries. The first batch of the solar-powered bikes is scheduled to be launched in the first quarter of 2017 after the serial test is completed. 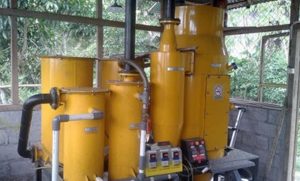 Biomass has been a major energy source, prior to the discovery of fossil fuels like coal and petroleum. Even though its role is presently diminished in developed countries, it is still widely used in rural communities of the developing countries for their energy needs. In this era of the new millennium, bamboo gasification has evolved as a start-of-the-art technology and can compete with some of the best technologies in the world. Through prospective negotiations with consultants in the Netherlands, we have worked out a blueprint for bamboo gasification to provide electricity to rural Ghana. This project is expected to reduce pressure on the national grid and extend lighting to far-flung corners of selected communities in Ghana.